In my head before visiting, Budapest was just one of those cities that everyone goes to at some point. I had no real impression of it before going there other than that many, many people choose to go so it must have something going for it. As expected the beer was cheap and delicious but what I didn’t expect was to fall completely, madly in love with the place. Budapest is truly beautiful and it completely captured my heart. 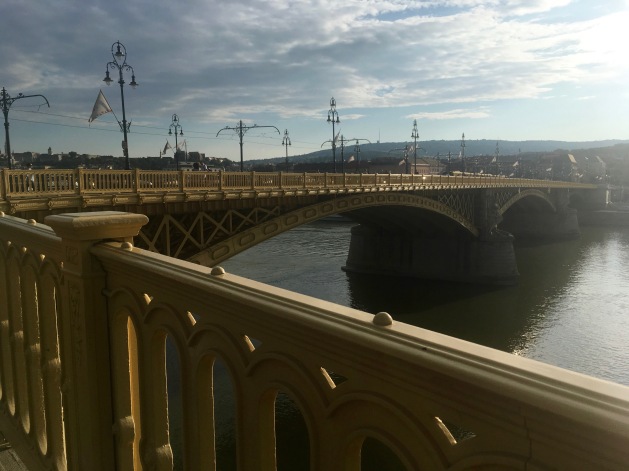 I went to visit a friend therefore this helped quicken the process of falling head over heels. I didn’t have to think I just got led around as she showed me the wonders of her home city. It’s so good to collect friends in fun places who help you make the most out of a place and also allow you free accommodation!

Budapest quite simply doesn’t have an ugly building in sight!!! Every single one is picturesque! Matthias’s church is particularly stunning sitting in Buda with views out over both sides of the city. 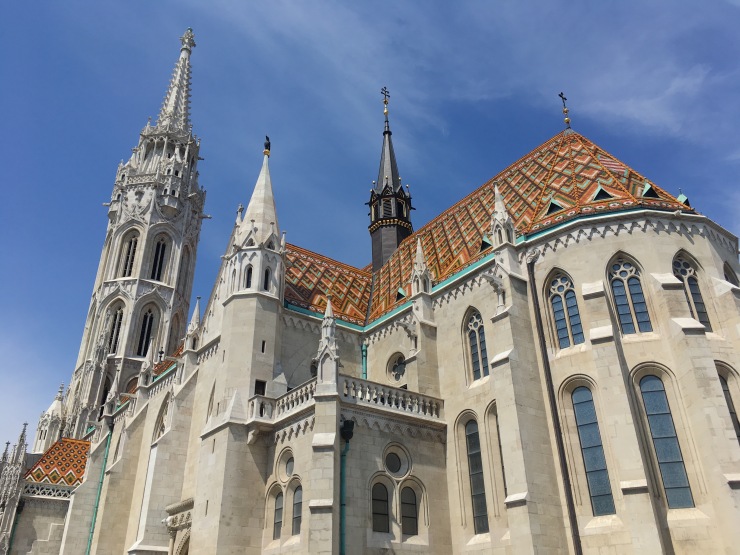 It is pretty much compulsory in Budapest to visit the baths. There are many to choose from but we went to Gellert and it was amazing. Through trying many different pools at varying temperatures I learnt that my ideal bath water temperature is 38 degrees…. Who knew? Gellert had a huge outdoor pool, wave machines and baths on a roof terrace also covered in sun loungers. Talk about relaxation! Indoors if you could drag yourself from the sun there were many more pools to try including freezing cold and burning hot ones. 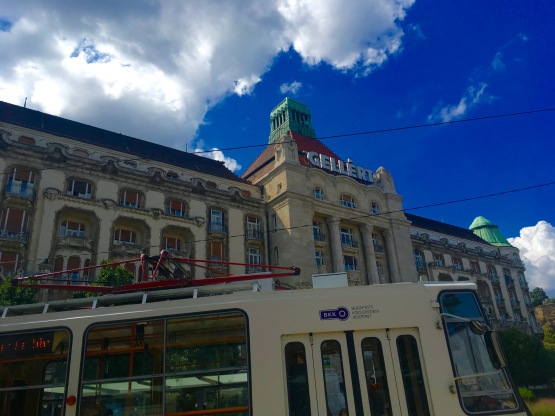 Every single dish I ate in Budapest was totally different to the one before and every single one was unique and tasty.

I am a huge advocate for eating at any local restaurant that has a good reputation rather than necessarily eating the traditional food. If the best restaurant had been a Greek restaurant I would have tried it.  It just so happened that two of the best restaurants were Vietnamese and Indian and so we tried them. No regrets!

The algae thai green curry I had was a particular favourite! 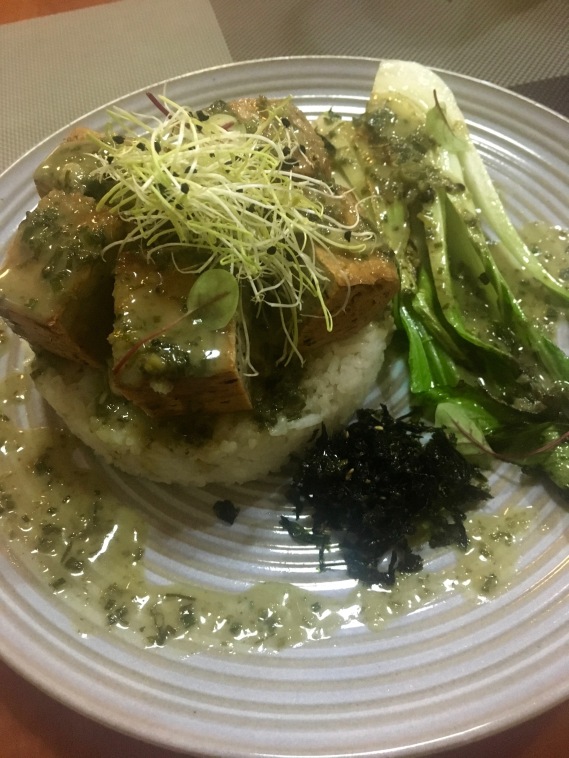 We also had Hungarian pastries for breakfast and had a special meal out on the last day in a typical Hungarian restaurant called Makos Guba which was also delicious. 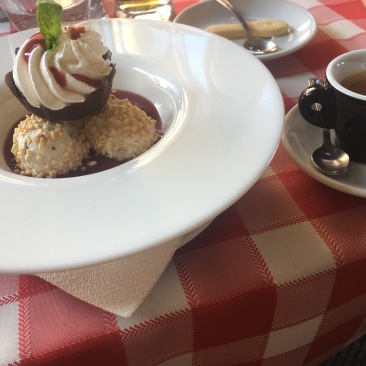 From the main train station in Buda there are trains that depart to all the nearby lakes so we decided that we would have a day out of the city exploring somewhere new. We chose a beach beside Lake Velence and it was an amazing day out. We were surrounded by locals all enjoying the sunshine and we chilled out and sipped our flavoured lemonades – super popular in Hungary! We even rented a pedalo for an hour on the lake which was so much fun! It really is the little adventures sometimes!

One of the greatest things about city breaks is the thousands of steps you do wandering around the city seeing all the beautiful places and getting a vibe. We walked thousands! 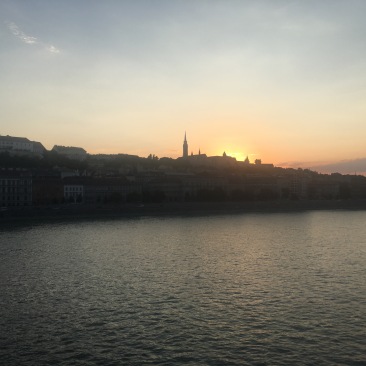 In Budapest the going out area is actually the Jewish quarter and the bars here are like labyrinths. They are called cave bars and they are all beautifully decorated and filled with all kinds of people having a great time. On both nights that we went everywhere was buzzing even mid week! Down by the river are also some great cocktail bars! 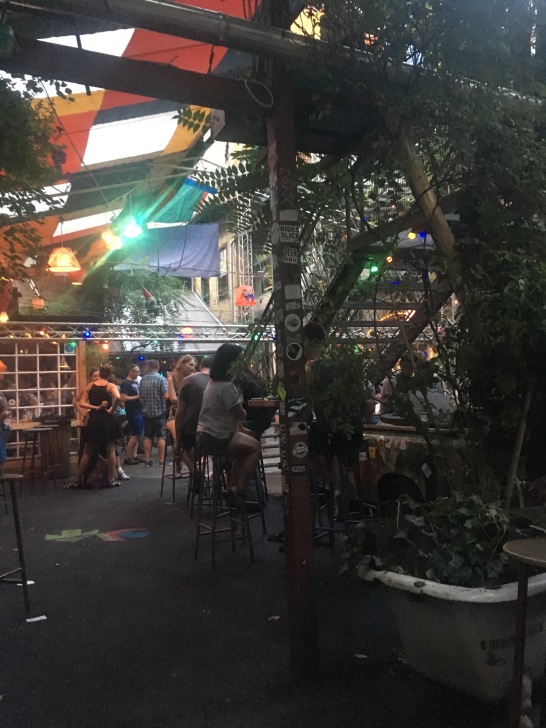 Why I’d go back

I’d love to go back and explore more of Hungary. All the people I met were so lovely and somehow you feel like you are not truly visiting a country when you only spend time in the capital. I’ve had a taste and I want more!!! I can’t wait to go back and see the city again and explore more of a beautiful country. People flock to Budapest but there’s a reason….. IT’S WONDERFUL! 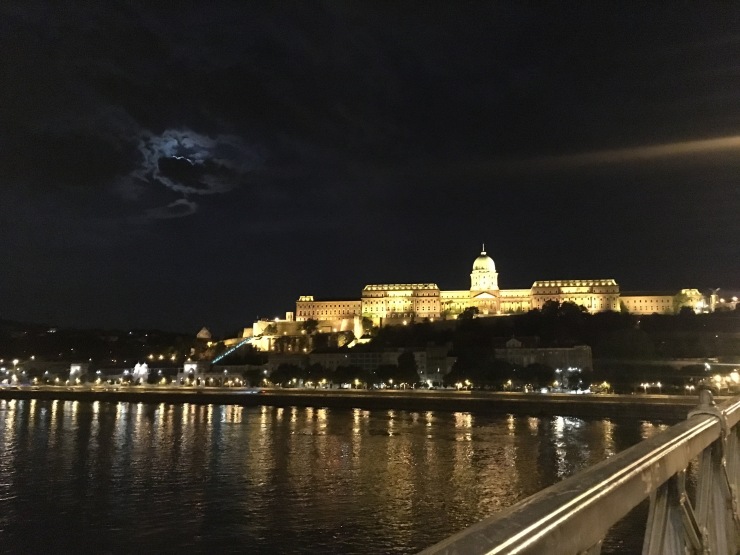 Adventures by Two is made up of Caitlin and Lorna.

Happiest in the sun, outside and usually eating!

Caitlin spent the last year living and teaching in Ecuador while exploring South America, while Lorna headed the other way and ended up in Australia for two years.

So we both missed the boat on starting a blog while we were actually traveling (typical eh?) but now we are back in (occasionally sunny) Scotland and we don’t want the adventures to end.

So here we are finding the adventures between the 9-5 jobs and trying to keep that traveller spirit alive!

The aim is to motivate ourselves  to seek out adventures and live life to the fullest!

Wait there’s more… check out our full bucket list in the about section!